Sometimes you just want something quick and easy, and this one-pan recipe is a fast way to make a classic summer dessert. This strawberry-rhubarb crisp is started in a skillet, then finished in the oven, and can be on the table in under an hour. 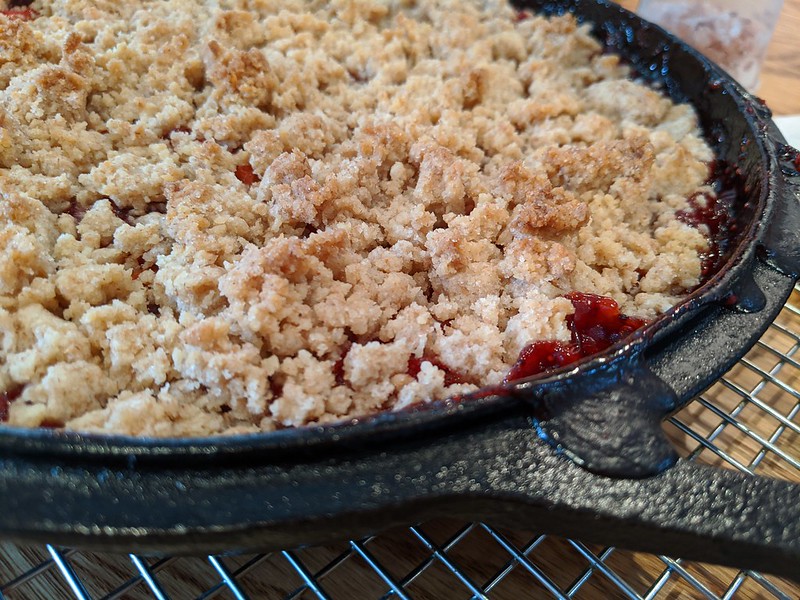 Most crisp recipes need fruit to be pre-cooked (either in the microwave, oven, or stovetop). This recipe is no different, but the cooking is done in the final pan in which it is baked. I used the 10” cast iron skillet part of the two-piece Lodge combo cooker. What’s nice about the recipe is that it allows you to use frozen or fresh fruit. I used both fresh and frozen rhubarb, and sliced fresh berries. You don’t want to overcook the filling on the stove: just until the berries break down, the rhubarb is starting to soften, and the liquid thickens. 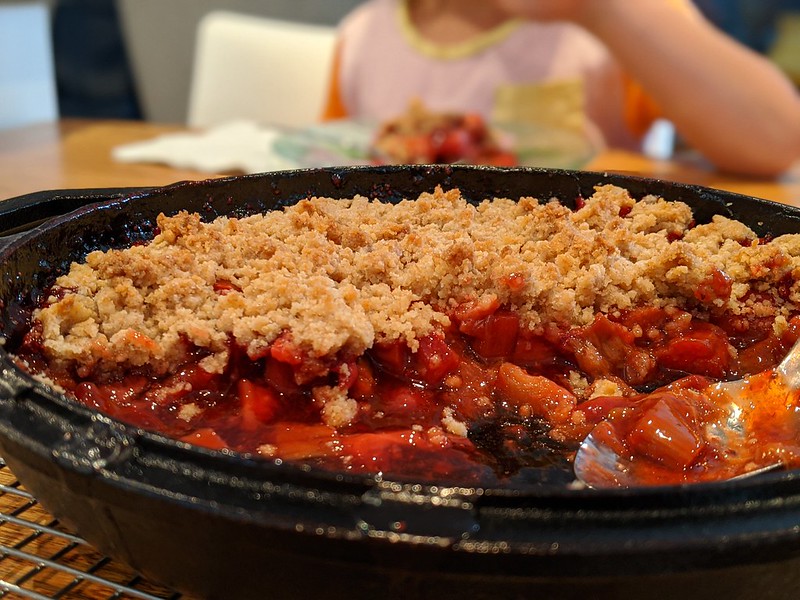 Another timesaver in this recipe, is that the topping uses melted butter, rather than cold butter that needs to be cut in (say, in a food processor). Using panko gives the topping a different level of crispiness. It’s pretty plain otherwise, as there’s no oats nor nuts. 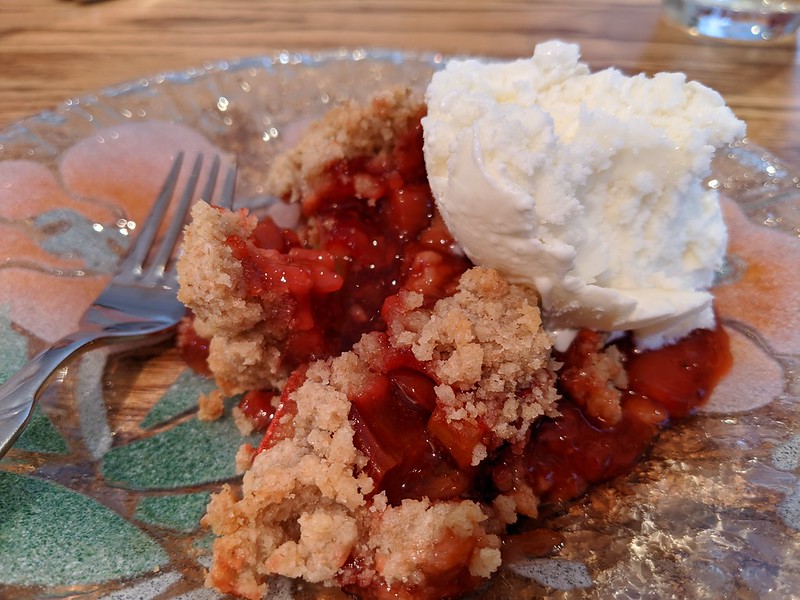 You might notice my crisp is a little pale. I ran out of brown sugar and tried to replace it in the filling using white sugar mixed with a bit of molasses. That worked okay, since the liquid dissolved the molasses easily. But I didn’t want to risk clumps of undissolved sticky brown stuff in the topping, so I just went with all white sugar.

Fresh out of the oven, a portion of this topped with vanilla ice cream was a satisfying end to a meal. Unfortunately, leftovers didn’t hold so well, because the topping became significantly softer. This recipe is one to keep in your back pocket, as it can come together so quickly.