Carrots are one of those root vegetables that are sweet enough to make themselves at home in Dessertville. I’ve even made carrot sorbet before! This week, a carrot cake recipe by Stella Parks caught my eye (as do most of her creations). Keep reading for how this 7-pound behemoth turned out.

We’ve been getting Costco grocery deliveries regularly, and a huge bag of thick orange carrots were languishing in our downstairs fridge. Enter this recipe which calls for two whole pounds of them. In addition to that mind-boggling quantity, you also need a pound of butter (melted and browned), more than a pound of white and brown sugars, a pound of AP and whole-wheat flours, plus close to a pound of toasted nuts. Plus one pound of frosting! 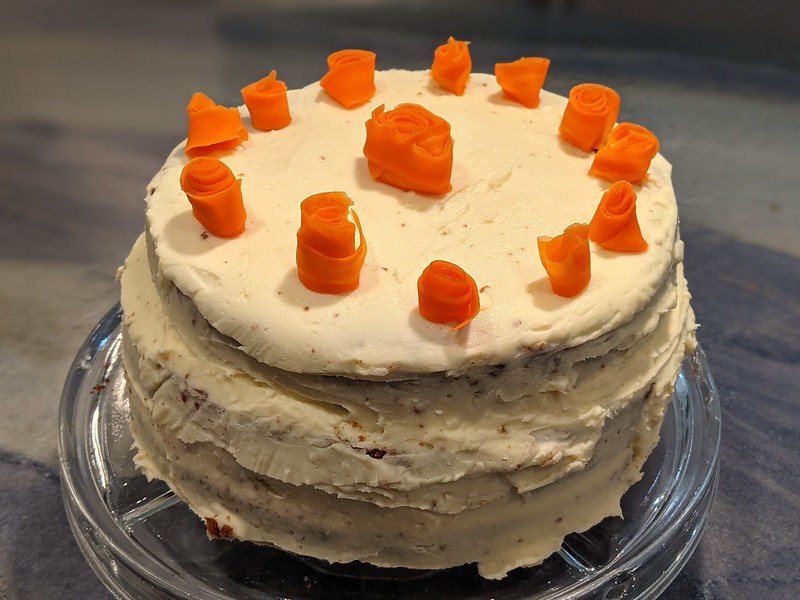 Now, with a cake this enormous, the flavourings are also super-sized: 4 tsps cinnamon, 4 tsps ground ginger, 1 tbsp vanilla, etc. I made a few minor substitutions: walnuts instead of pecans, and I cut back on the sugar by about 10%. Using a stand mixer, the eggs and sugar get an extended whipping (8 minutes), before the remaining ingredients are added. 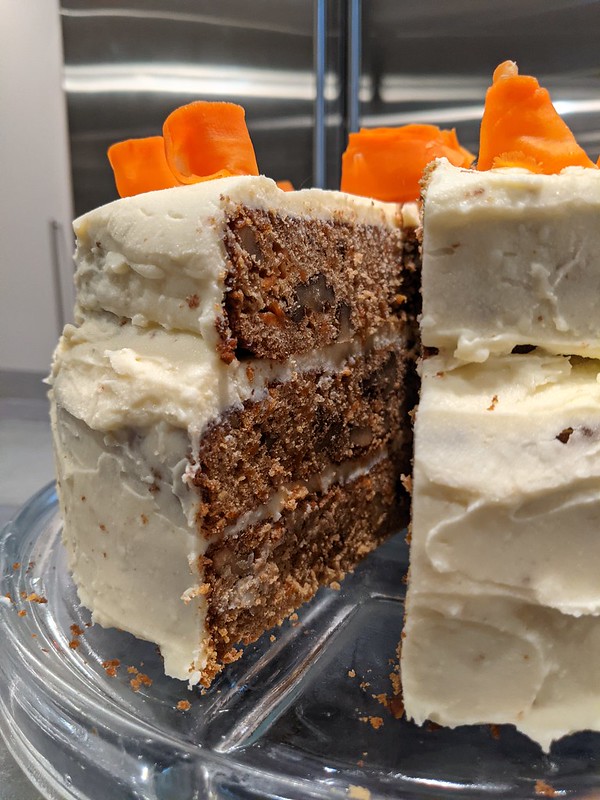 I used two 9” pans, and one 8” pan, so adjusted the weight of batter portioned into each one accordingly, hoping to achieve an even thickness. They all baked in about the same amount of time.

For ease of stacking, I did try to level the cakes, but stopped short of trimming the larger cake circles, nor applying a crumb coat. (Hey, I’m no cake decorator.) Also, because BraveTart’s cream cheese buttercream looked so labour-intensive, I just went with Melissa Clark’s simpler cream cheese frosting. But my daughter and I did make the twisted carrot roses 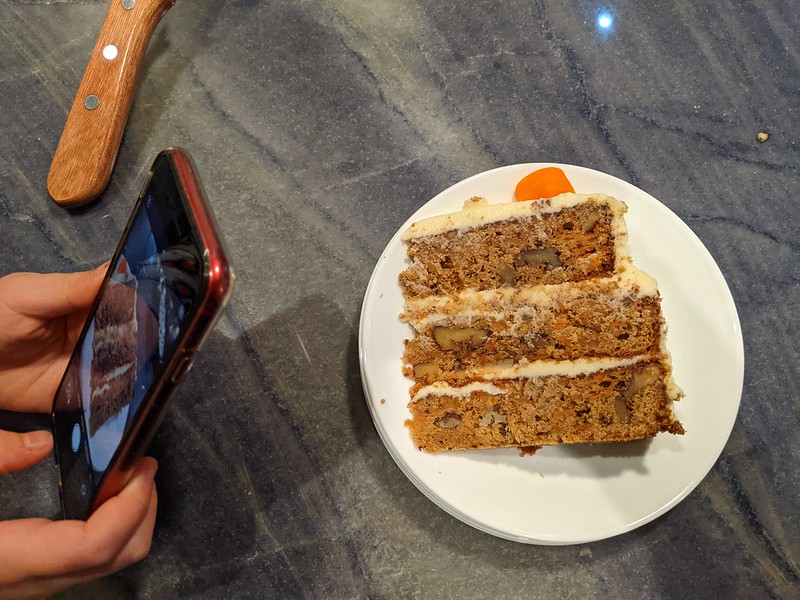 All of my tasters loved this cake. Despite it being too dense for my liking, and also lacking coconut, pineapple, or raisins, I also thought it was a very good carrot cake. Plenty of nuts, plenty of flavour. It’s so big, that after eating thin slices for three days, we still managed to freeze 9 individually wrapped portions for later.