I tell everyone that I never repeat any recipe in my baking experiments, but it’s not literally true. Some items are so tasty, that they make it into a regular rotation at our house, but I don’t write about them here. However, there are things that I won’t make more than once a year (croissants come to mind). This week’s 年糕 (nian gao) is something I doubt I’d make for any other reason than annual tradition. 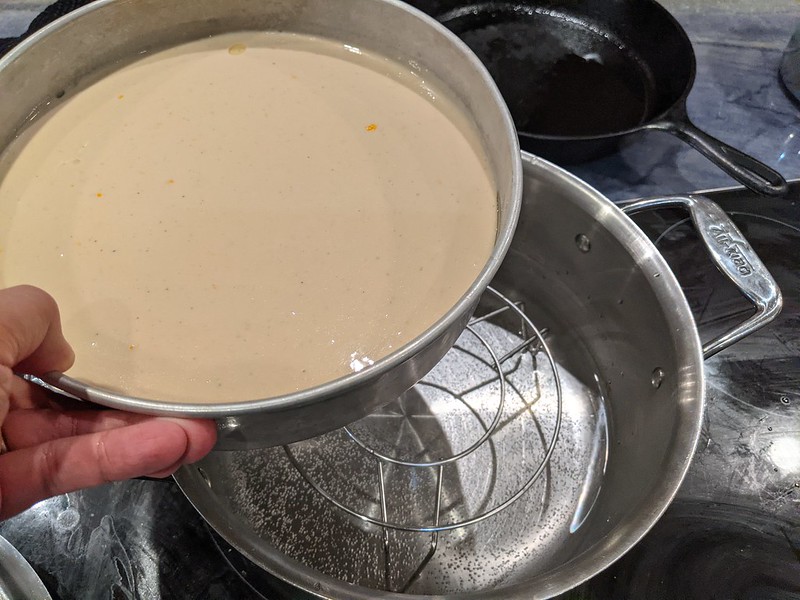 During Chinese New Year, one of the sweets at the table is literally called “year cake”. Its batter is made from glutinous rice flour (also known as sticky rice flour) and brown sugar (but no eggs), then steamed until it’s set. The texture is a distinctive chewy consistency, and slices are often dipped in an egg wash, then fried until golden. 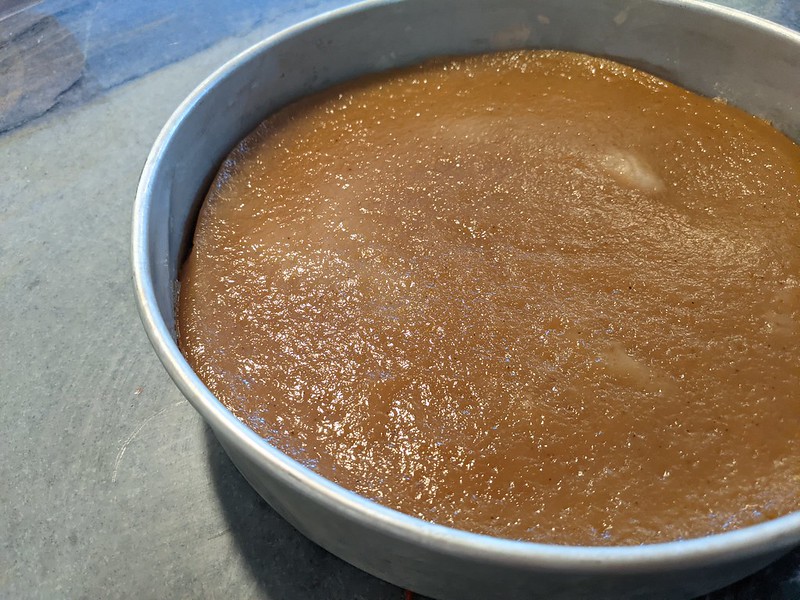 The kids and I had planned a gift basket, filled with fruit, snacks, and a restaurant meal for my parents. I thought a traditional nian gao might be appreciated. And, given my past experience, I didn’t want to have so much leftover, so I made a half batch from this recipe courtesy of Woks of Life. (Note that their recipe scaling feature only scales the quantities in the ingredient list but not in the directions.) 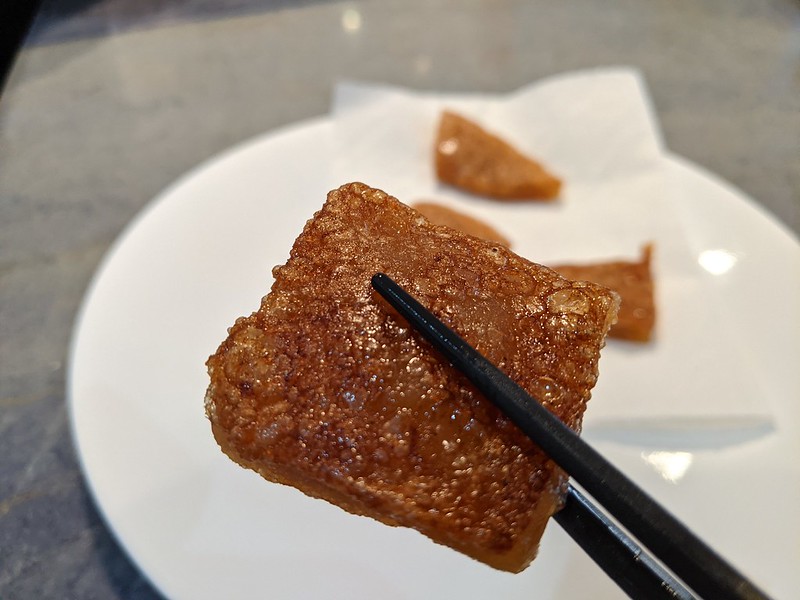 The authors admit the recipe isn’t quite traditional, since they add orange zest, ginger, molasses, and other flavourings to their batter. I think mine turned out perfectly, which pleased me as it was the first time in my life I’ve tried to make it. You definitely want to slice up the firm cake when it’s cold, then fry it until it’s warmed through and softened. As I mentioned before, you can dip each little piece in egg first, but it’s not necessary.

I gotta say that I didn’t find this really tasty, even with the Western take on the flavour, nor did it evoke any nostalgic fondness for my childhood. Maybe it’s something I’ll make for others, and not myself!