I don’t even know whether molecular gastronomy is still a “thing” anymore. A while back (maybe 15 years ago?) it seemed every restaurant was doing foams, emulsions, and spherification. I still enjoy reading about modern chemistry though, and on understanding its role in the home kitchen. I came across an unusual gelato recently, from one of these new cookbooks.

Modernist Cuisine is a website, and a very big cookbook, created by some people with a lot of money and time. It’s on their website that I found this recipe for a peanut butter and jam gelato. How cool does that sound?

I had one of the main ingredients (fresh strawberries, to make strawberry juice), but needed to seek out two others. The xanthan gum was readily available at Loblaws, but I deemed it too expensive to buy a whole package ($15 CAD) to use only 0.3g for this dessert. The other, roasted peanut oil, was trickier to find. In the end, the local Fresh City Farms carried the Tourangelle brand and I had it delivered to my house. 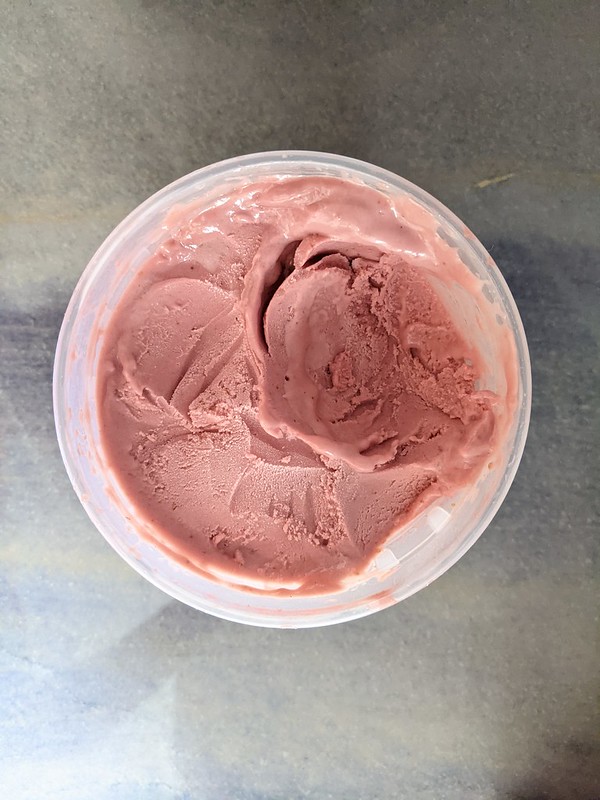 Making this gelato took some effort: the strawberries needed to be pureed, then strained of their seeds. The sugar and tapioca mixture needed to be brought to a boil, while constantly blended with an immersion blender. Then, the peanut butter and oil needed to be emulsified with the immersion blender too. Finally, after chilling the mixture in an ice bath, it was ready for churning. 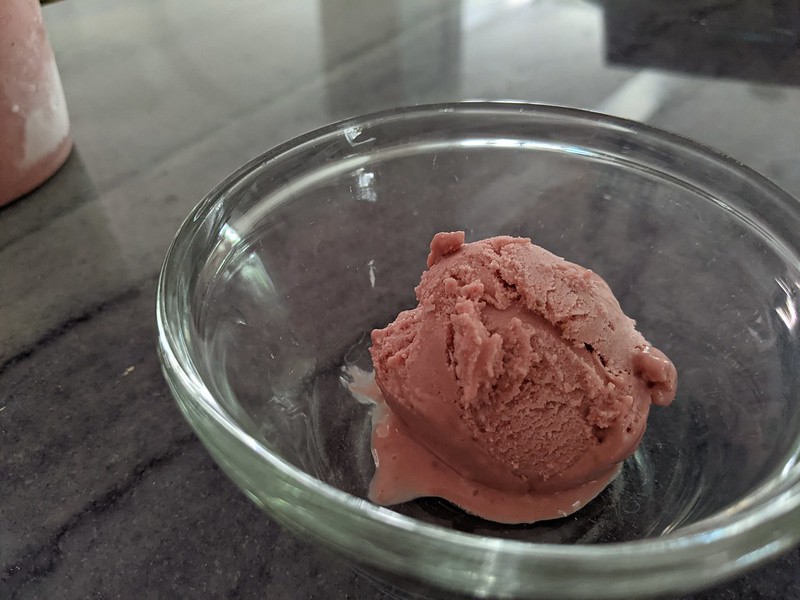 The end result was interesting, but I got mixed results from tasters. Some, like me, enjoyed the interplay between tangy fruit and pronounced nuttiness. Others were turned off by too much salt and peanut flavour. I had problems with the texture: it froze extremely hard in the freezer, and needed lengthy thawing to be servable. I also think my homemade natural peanut butter was made with the wrong peanuts (unroasted) and that the roasted peanut oil was too intense.

This is a dairy-free gelato, for those for whom it matters. I would be interested to try the variation made with Concord grapes, when they’re in season in the fall!