DEC 14. That’s what I wrote on my bowl of sourdough starter the last time I fed it. Even though this is the longest period I’ve left my starter dormant, it came right back to life after a feeding. I let it rock out for about 24 hours or so on the counter, then made three loaves of bread in quick succession.

I made a large refreshment, turning 320g of unfed starter, into 1.3kg of mature starter. With a portion of this, I made a sourdough boule that I’ve done many times in the past. With some of the remainder, I tried something new, a sourdough enhanced raisin bread.

The recipe comes from King Arthur Baking. The opportunity, however, came about because I’ve been home alone for two weeks. No one to argue with over whether raisins are better than chocolate chips (they are). When I’m the chef and sole eater in the kitchen, I get to make whatever I want! 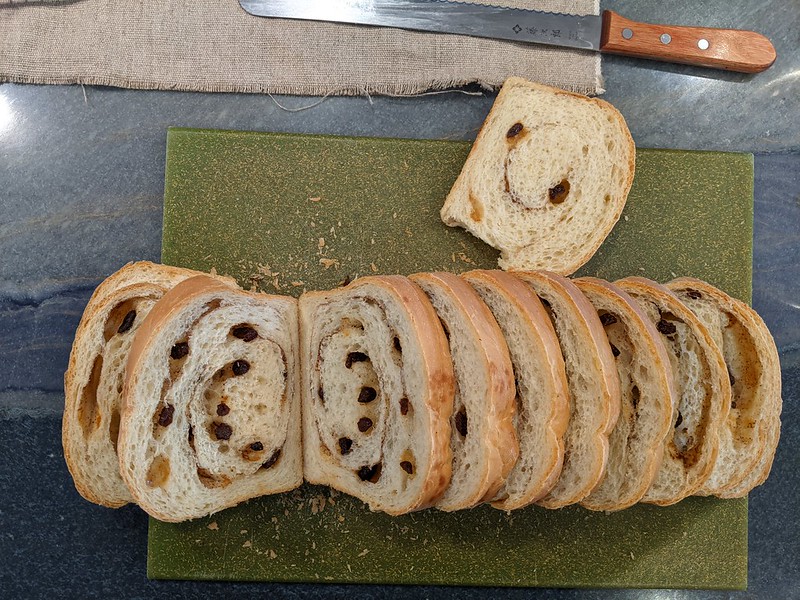 To start, I soaked my raisins in some hot tea, until they were really plump, then drained the liquid, blotting the rehydrated fruit dry with paper towels. The rest of the dough ingredients included a small bit of sourdough starter for its flavour, since there’s plenty of instant yeast for leavening. Egg, butter, and sugar all contribute to this enriched dough.

I made a double batch of this bread, but used a single portion of the filling. Raisin bread is all about the raisins for me, not a sugary swirl. I found this bread to be really active in my warm kitchen, as my dough was ready at each stage well before the suggested timings. 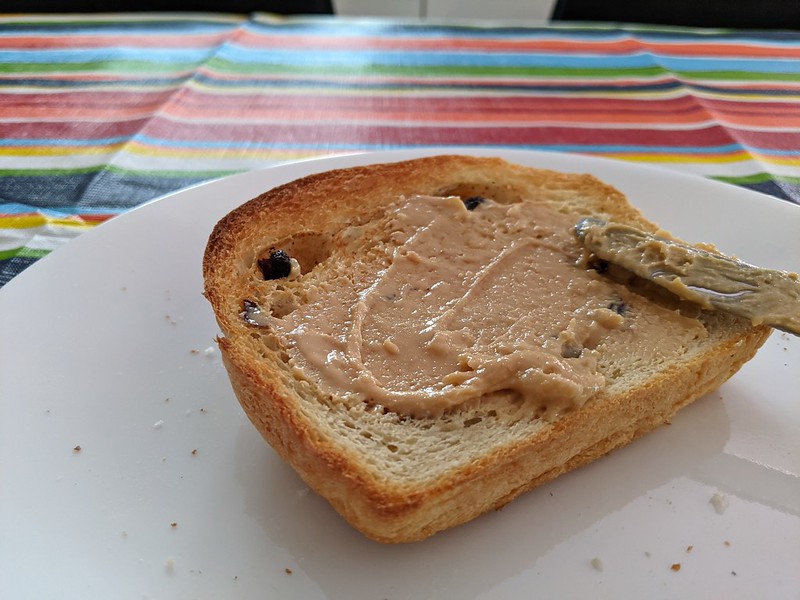 My raisin bread was successful and tasty, but not that special. It has complex flavour going for it, with the sweetness, tanginess and richness playing off each other. But I felt it lacked sufficient raisins: ½ cup for one 9” loaf is too little. The idea of using leftover sourdough starter for flavour in a bread is an interesting one, one that I admit I would not normally employ.