I wanted to host a dessert party on a weeknight for some out-of-town colleagues visiting Toronto, but the plan fell through. I had already done some prep earlier in the week, like making some delicious orange-cardamom spiced nuts. Nevertheless, I went ahead and made a cake containing an unexpected savoury ingredient.

The recipe is by Christina Tosi, and can be found in her All About Cake cookbook, which I do not own. If you’re a fan of Momofuku, you probably know that miso butterscotch was used on the dessert menu in the restaurant’s early days. I’ve never made it before, but new tastes are my jam, so you know I had to try it. 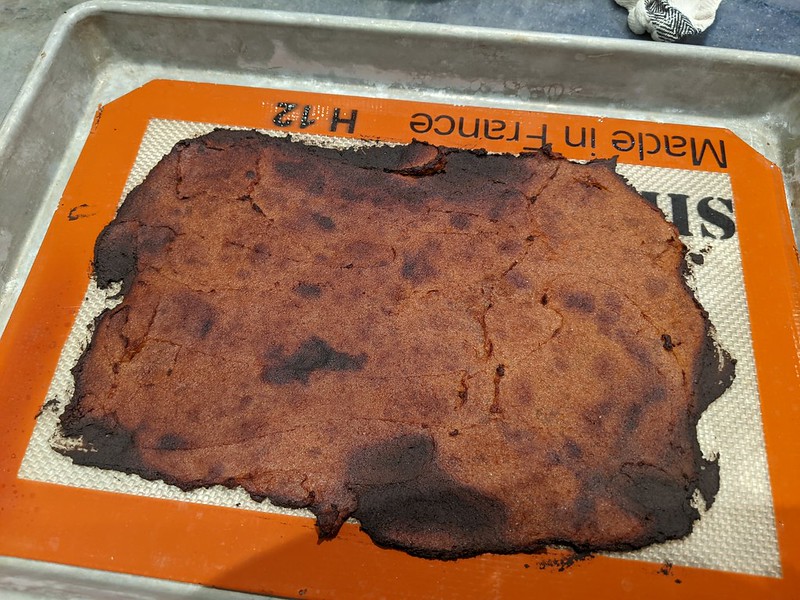 The first step is to make the burnt miso, by spreading it thin and baking it until it dries out and the natural sugars caramelize. I kept repeating “Don’t be a ninny!” to myself while watching the edges get blacker and blacker.

Next, that deeply browned soybean paste is blended with the liquid ingredients (buttermilk, oil, melted butter, eggs), and then combined with the dry ones to make the batter. 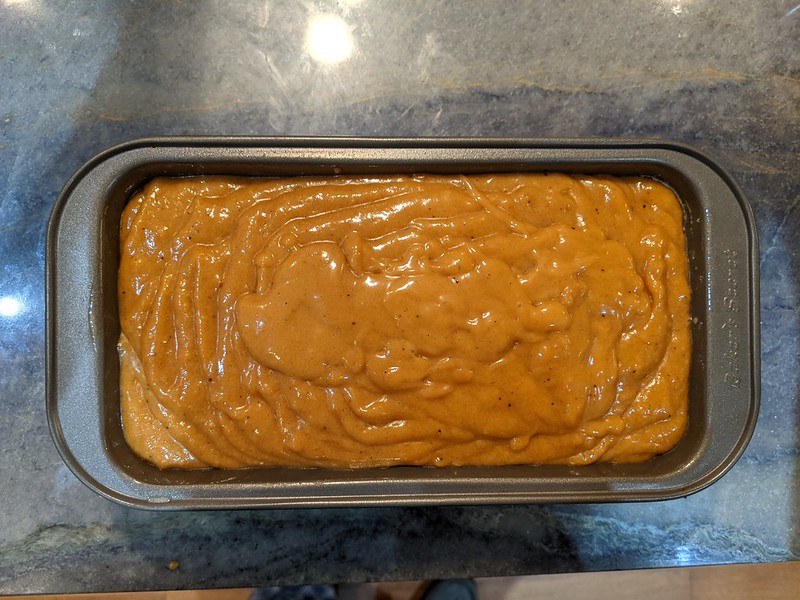 I needed a bit of extra time for the cake to be fully cooked, as the batter below the crack was still wet when I checked at the 75 minute mark. It was also very dark near the edge of the pan, so I covered the whole thing with foil for the last 15 minutes. 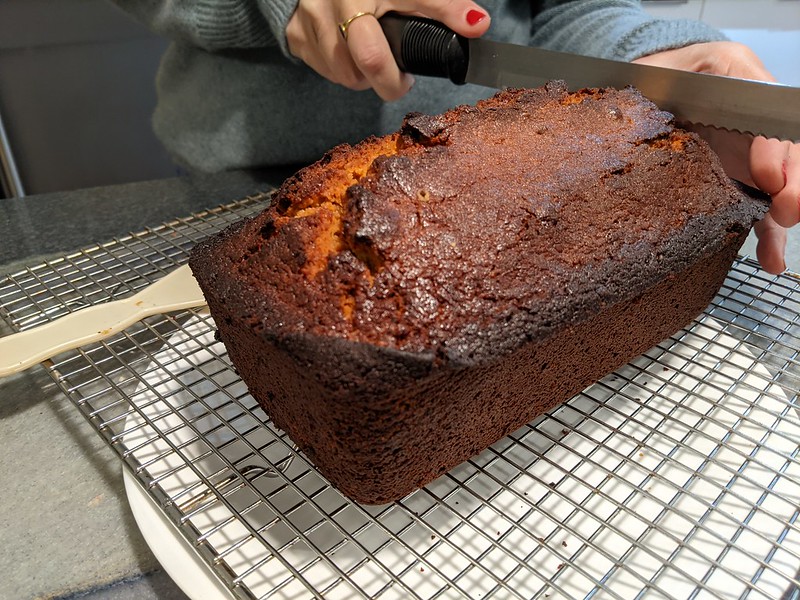 The slices were really moist, and only had a hint of funky and salty umami-ness. Maybe the organic shiro miso I used was not particularly flavourful. 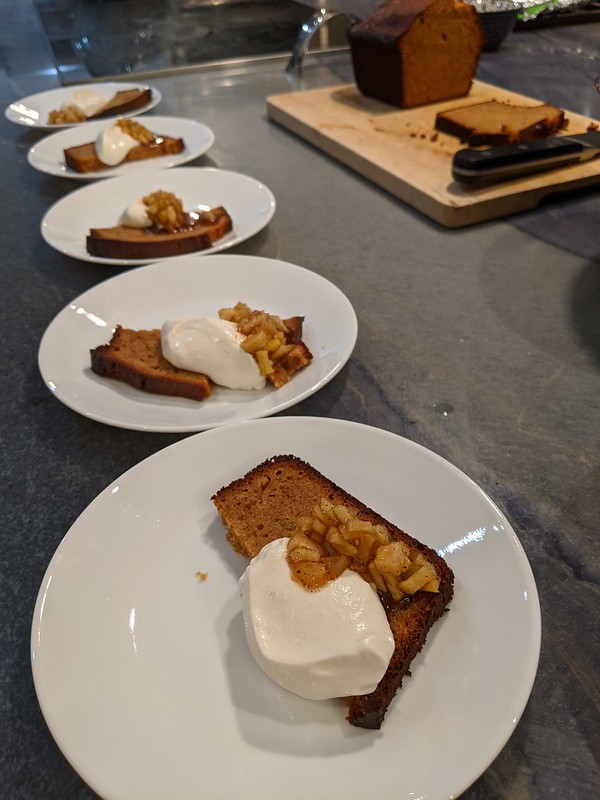 But the real star was the accompanying cream: a mix of equal amounts sour cream and whipping cream, lightly sweetened. It provided a cool and rich contrast to the warmed, toasted cake slices. Unfortunately, I don’t really have anything positive to say about the apple compote recipe: for 200g of apple cubes, it called for an equal amount of sugar. I halved it, and still found it too sweet. And one whole teaspoon of cinnamon was way too much too. 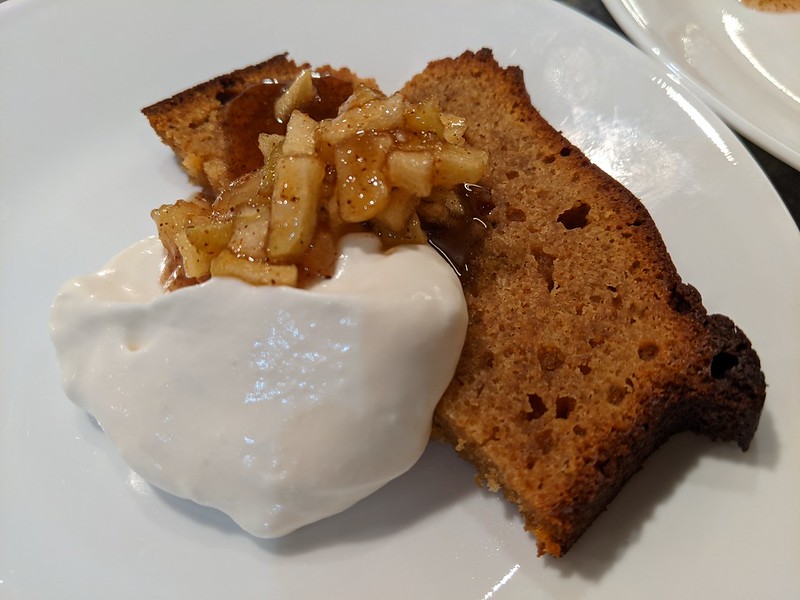 All in all, an unusual, but enjoyable dessert, that could be made perfect with a few tweaks to the apple compote.