A tahini frosting was not something I’d ever made nor eaten before, so this recipe was top of mind this week when I came across it. Even though this cake incorporates some of my favourite ingredients (bananas, dates), overall it was a letdown, and was not enjoyed by my testers either. 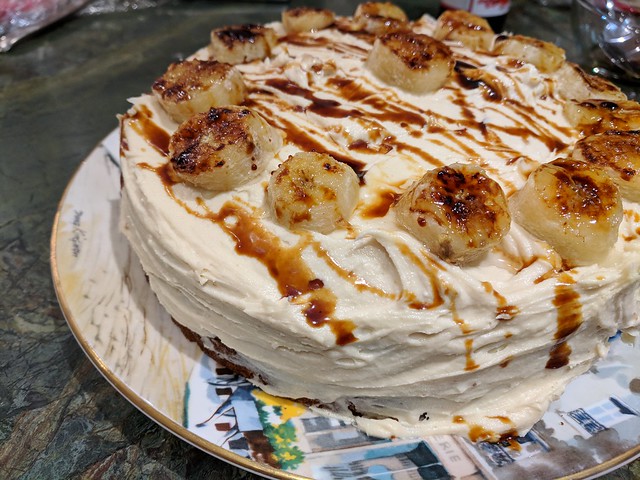 The recipe can be found in the New York Times. A few notable things in the cake batter include thinly sliced bananas (not mashed), tahini and toasted sesame seeds, and orange juice. 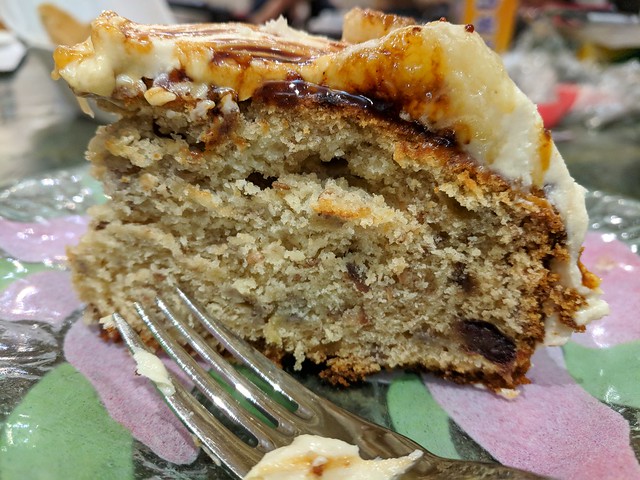 As to be expected from an Ottolenghi recipe, there are a lot of ingredients that even I did not have on hand, including date syrup, and mascarpone. I was not able to get the former this week, but did use the latter for the frosting. It was this sesame icing that I felt was the weakest part of the dessert: the raw tahini flavour was just not appealing. And I found the cake itself somewhat dense, and the tiny crunch of seeds was not welcome.