For birthdays around here, my go-to cupcake recipe is one I’ve been making for the last 10 years, namely, the Cook’s Illustrated “ultimate” chocolate cupcake. This year, my daughter and I brainstormed and researched, to come up with her ideal birthday dessert. 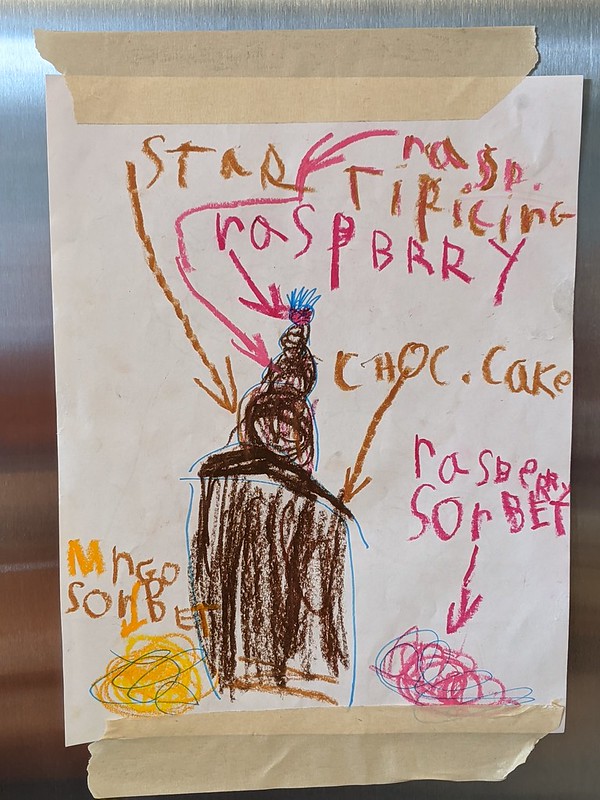 What we ended up with, was the following:

I started by making the cupcakes (without the ganache filling), so that they could cool. I used foil-lined paper cups, so the design would still be visible after baking. Next, I made the two sorbets, following recipes from the Van Leeuwen ice cream book. The mango one was straightforward, and I made it using thawed, frozen fruit. For the raspberry one, I used fresh berries, pureed, then sieved to removed seeds. A very laborious process. Oh, and the two recipes used two different types of simple syrup (one involved boiling, to super saturate the solution). 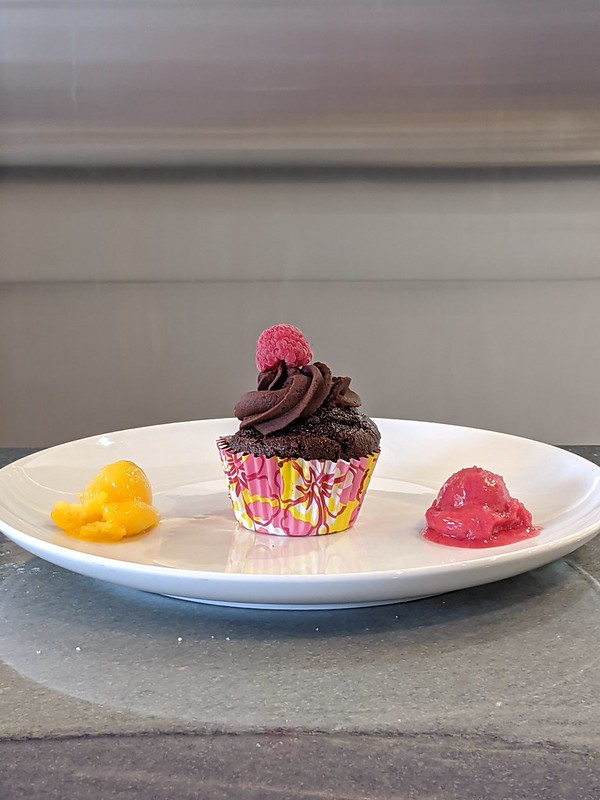